It's Monday! Here we go again!
Last night we had dinner at mom & dad's again. This time we had bbq chicken, baked beans, sauteed mushrooms (for me, of course) pasta salad & leftover green beans. We also had bbq ribs but I don't eat those, so they don't count :) After dinner we played dress up with the dogs!! Ruby (my mom & dad's dog) strutted her stuff in a pair of rhinestone jeans and a bow wow couture hoodie! She was less than thrilled!! 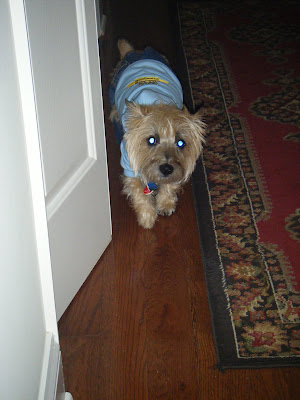 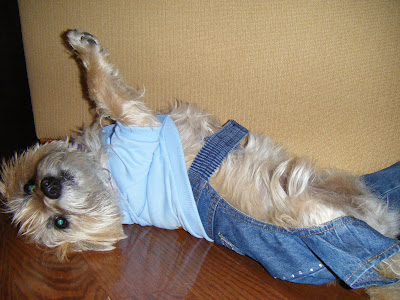 It's been so hot and humid lately. Poor Misha is constantly pacing and panting, she doesn't know what to do with herself it's been so hot. Today it was 87 degrees in the house! YIKES! 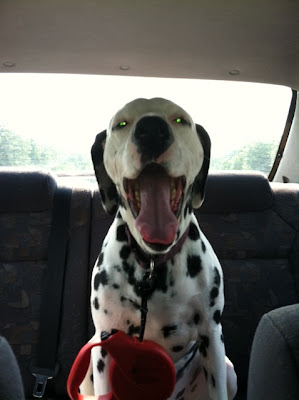 Today I woke up, ran 2 miles in a quick 17 minutes and 15 seconds. Then breakfast occurred.... 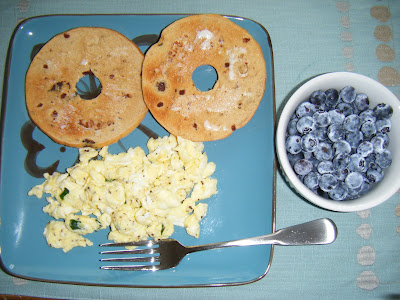 One whole egg, one egg white~scrambled with fresh parsley. Cinnamon raisin bagel thin and fresh blueberries. YUM! I worked for a few hours and hit the grocery store on the way home for a couple of essentials. Yogurt, apples, tuna, bananas, lettuce, cottage cheese, NUTELLA & COCO POPS, LIFE & STYLE....oh wait, these things aren't essentials on your grocery list? Alright, alright, these are addictions of mine. I haven't had Nutella in a month and I decided I was going to get some. It's my favvvvoorite snack, especially paired with these Coco Pop rice cakes!! YUMMMYYY. Haven't tried it yet? Go out and get yourself some right nooowww. 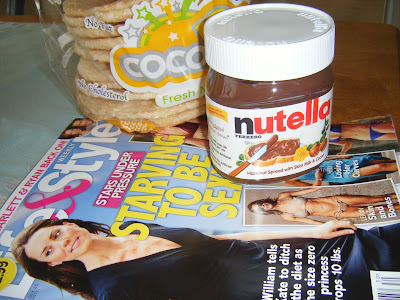 After I flipped thru the gossip magazine and ate myself a couple rice cakes I decided I wanted to bake some fresh blueberry muffins. I found this quick and easy recipe so I went straight to work in the kitchen. 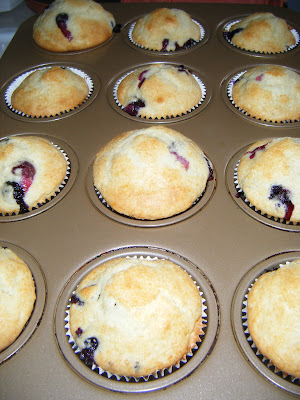 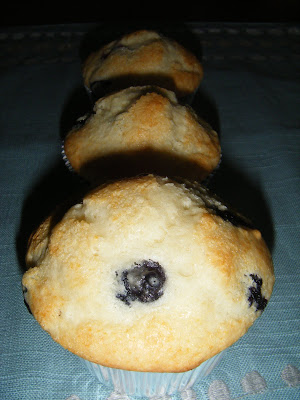 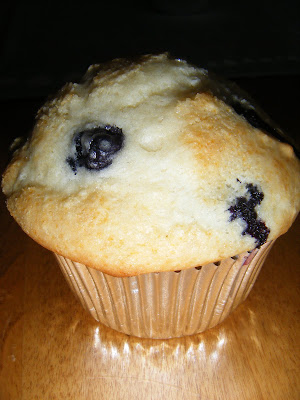 Aren't these gorgeous? I can't wait to dig in and try 'em!! After my muffins were baked, I decided to do some Exercise TV on Comcast. Today's workout was: 6 pack ab burn. It's a quick workout but boy can you feel it the next day! Dinner tonight was so simple. I didn't want to use the oven again, it was waaaayyyy too hot. So, I made some panini's on the panini press, mixed salad and some goldfish. Told ya it was simple! My panini was a whole wheat roll, 1 slice of american cheese, 1 slice of 97% fat free ham, 4 pieces of turkey pepperoni and some yellow pepper rings. It was perfect! 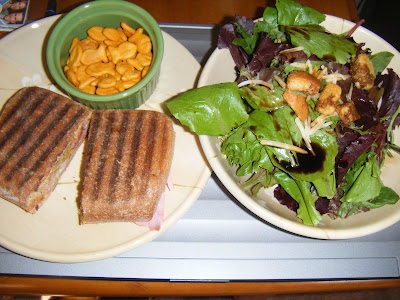 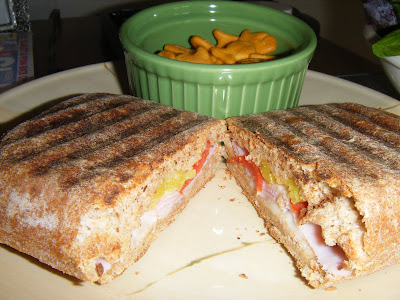 Now it's time to finish up the grocery shopping for the week (and cool down somewhere OTHER than our un-air-conditioned house) We are gonna need to tie some ice packs to Misha, she's sooooo hot!! 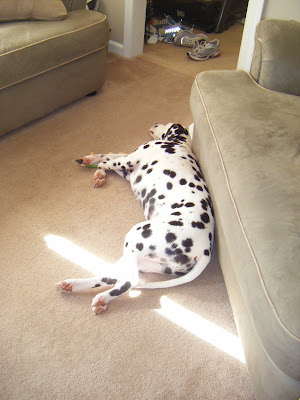 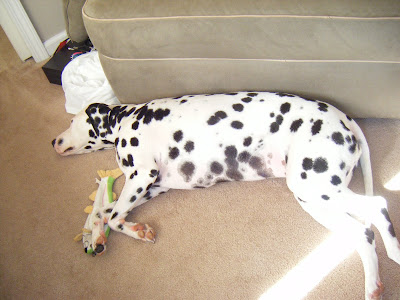 Have a great night everyone!
Question: Do you dress up your pets?
Posted by 101Sprinkles at 3:56 PM

101Sprinkles
My name is Bethany and I am 26 years old. I have a serious interest in nutrition, running and baking! I recently got married and we own a home with our dalmatian Misha!